The Esherick House and its friendly owners 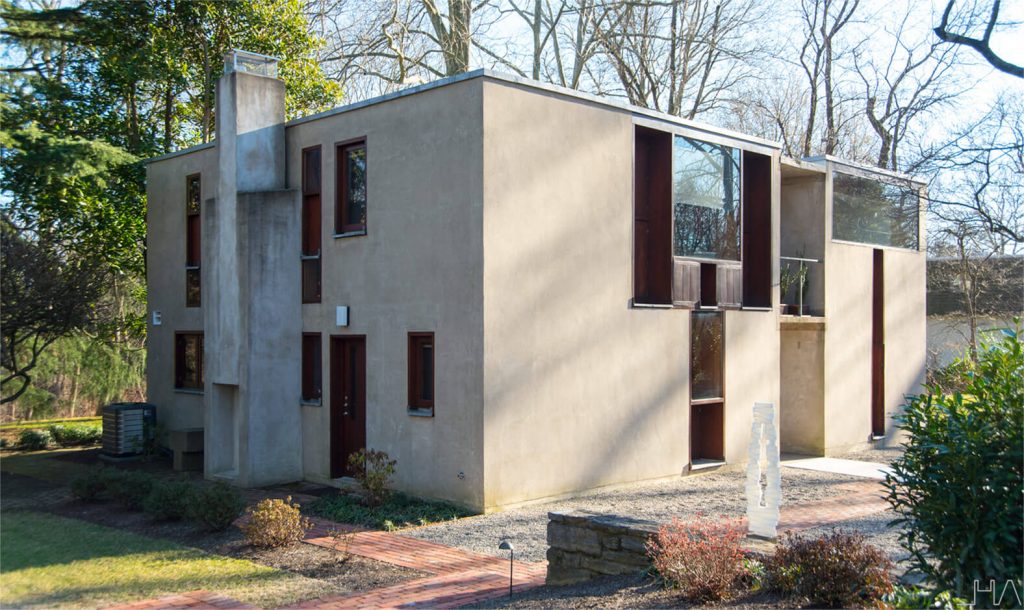 Louis Kahn was one of the most important architects of the 20th century in the United States. Not only was Philadelphia the city where he grew up, but also where he opened his architectural firm in 1935. Thus, in our trip to the city, we visited some of his work.

Here you have the Esherick House, commissioned by Margaret Esherick in 1959 and completed in 1961. It has a rectangular floor plan, only changed at the lateral facades by including two chimneys. The interior is organized in a very practical and usual way from Kahn’s architecture. He divided the house into served and servant spaces.

The house is located in a residential neighborhood called Chestnut Hill, far away from the center of Philadelphia. Even though I knew that the house is private and the owners do not offer public tours, we went to see it from the exterior. Nevertheless, I was not even close to imagine what would happen later.

One of the friendly owners of the Esherick House walked out the door that you can see in the picture. When he saw that I was taking pictures of the facades, he invited me to visit the interior of the house. Even today, I cannot believe my luck. It was amazing visiting all the rooms and living spaces.

The interior of the Esherick House is outstanding. Besides the exquisite taste of the owners for the furniture and decoration, all the details and finishes are superb. The floor plan -a perfect rectangle- is simple but fully functional. But what I liked the most was how the natural light came into all the rooms. Kahn designed an unusual configuration with windows and shutters to control exterior light and also provide natural ventilation.

The current owners assured me that it was a pleasure to live in the Esherick House. And with good reason, as this is one of the most studied of the nine built houses designed by Louis Kahn.

To conclude, I can only hope that some day the owners find this space and decide to invite me again. Only then could I bring you interior photographs of the Esherick House and post a whole Architectural Visit.