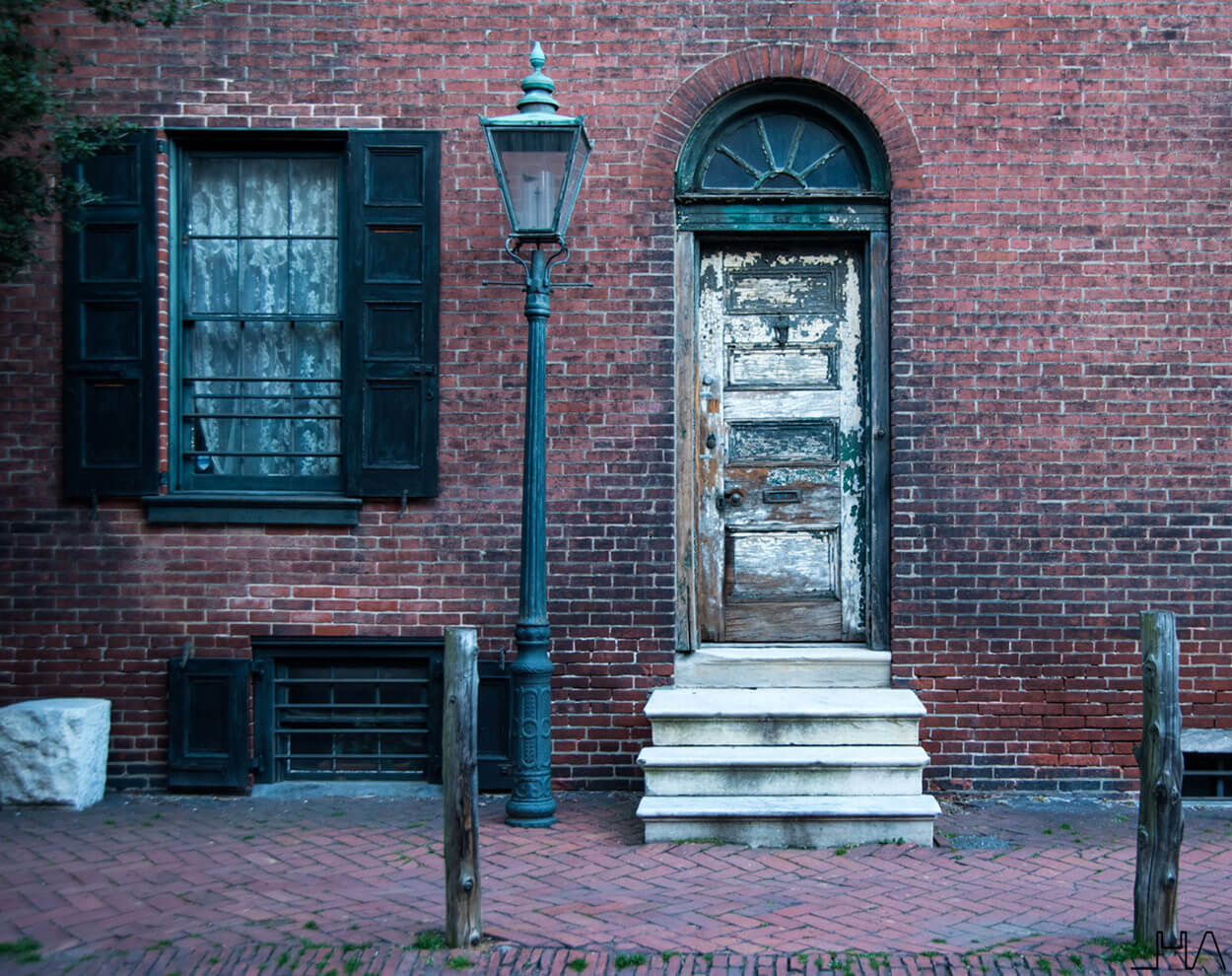 Philadelphia has a lot of beautiful places to visit, and Society Hill is one of them. In our getaway to the city, we explored its streets, walked on the brick sidewalks and enjoyed its colonial architecture.

Society Hill is one of the oldest residential neighborhoods in Philadelphia. It was settled around 1680, when the company Free Society of Traders started selling lots in the area. Then, the construction of the characteristic row houses started, in a Federal and Georgian style. Eventually, it became one of the neighborhoods with the largest number of original 18th century buildings in the United States.

Nevertheless, Society Hill was not always such a pleasant place. At the end of the 19th century and early 20th, it had a dark time. Philadelphia expanded westward, and people started to move. Houses deteriorated over time, and around 1940 Society Hill became one of the worst neighborhoods in the city.

It was not until 1950 that the restoration of the neighborhood started. The main aim was the preservation of historic buildings. The streets were also restored to enhance the colonial atmosphere, using replicas of old street lights and brick sidewalks.

Nowadays it is a perfect spot for photography lovers. It has many special places, as the one you can see in the picture of this week. I fell in love with its decadent and lonely atmosphere.

Did I convince you to walk around Society Hill? Just in case you still need more info, the neighborhood was listed on the National Register of Historic Places in 1971.