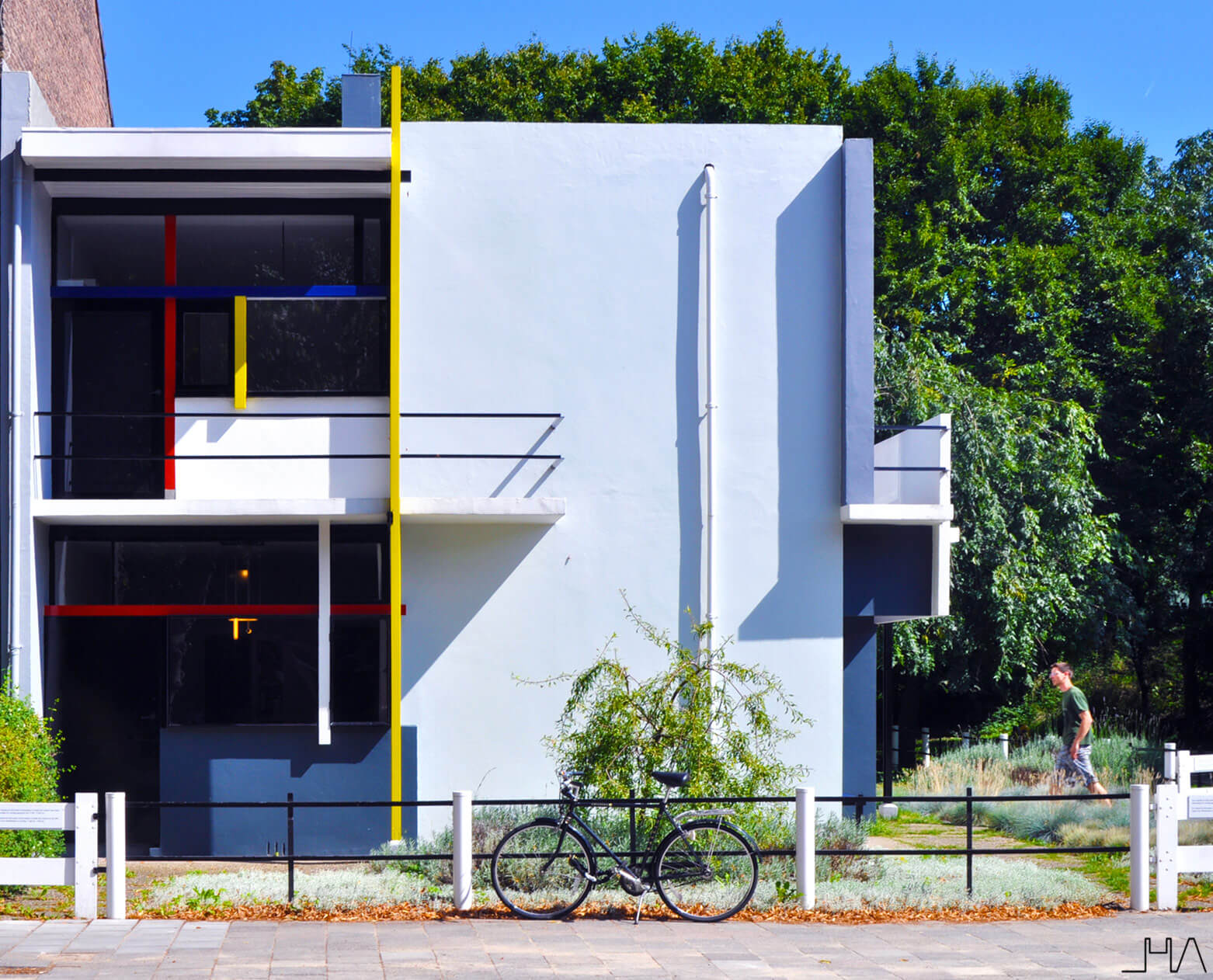 Is it a sculpture to live or a house designed as a piece of art? Gerrit Rietveld did an experimental project in 1924, which ended being much more than just a dwelling. This is the Rietveld Schröder House, an icon of the Dutch artistic movement De Stijl.

The artistic movement that stirred up plastic arts

De Stijl movement, also known as Neoplasticism, started in 1917. It searched the purest abstraction of art, reducing the elements to basic forms and colors.

Piet Mondrian was a member of the De Stijl group, who may sound familiar. Only by using white, black and primary colors, Mondrian simplified his visual compositions to vertical and horizontal, creating a universe of pure and organized relations.

Rietveld Schröder House as an icon of De Stijl movement

The Rietveld Schröder House is the only building that meets all the principals of the neoplastic architecture. Its facades, that avoid any kind of symmetry or established order, play this role of pure forms and basic colors. The balconies become planes that glide past lines in primary colors, creating a collage.

The interior of the house is even more surprising, and Mrs. Truss Schröder had a considerable hand in it. She would live there with her three children, so she was deeply involved in the design process of the house. Mrs. Schröder wanted an open space, without walls, to allow them to use the house according to their needs. The final result was a great success.

Versatility in a house without precedent

The living area is a wide room with plenty of natural light, located in the second floor. This space is conformed by planes and primary colors. The most amusing moment was when our guide started to disassemble all the room. With a system of sliding and revolving panels, and moving pieces that seemed fix, the space was converted in three private bedrooms and a living room. It was great how every single detail was thought to fulfill its role, even though they seemed only decorative.

I must highlight one of the furniture pieces in the room: the Rietveld chair, which is also one of the main representatives of De Stijl movement. Now I can only say that I remember the Rietveld Schröder House as one of the most especial visits we did during our trip to Belgium and Netherlands. If you are visiting Utrecht, do not hesitate to stop by this benchmark of the modern architecture.