CENTRE POMPIDOU. Controversy in the heart of Paris

I still remember the first Building that struck me before starting my Architecture Degree, and the fact is that the Centre Pompidou cannot leave anyone indifferent. It surprised me to see photos of its superstructure, but even more its location in the old town of Paris. Nevertheless, even though I thought it was out of place as a result of my ignorance, I was immediately seduced by it. Let us try to understand it better through its history. 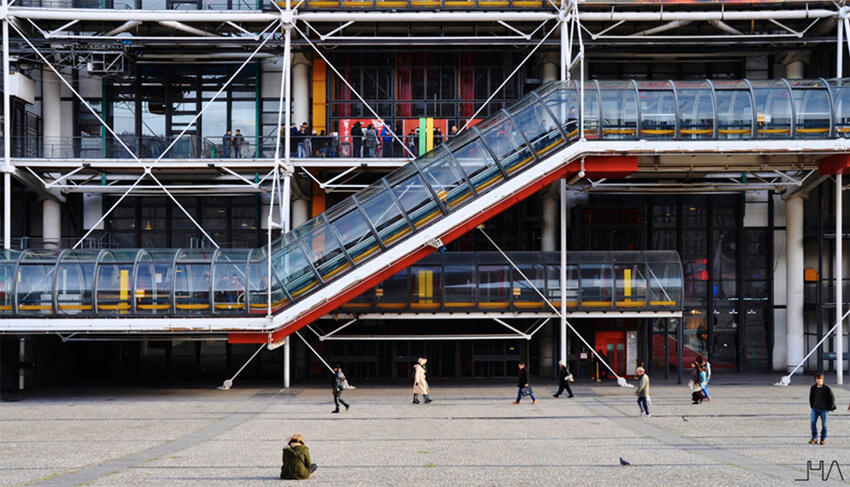 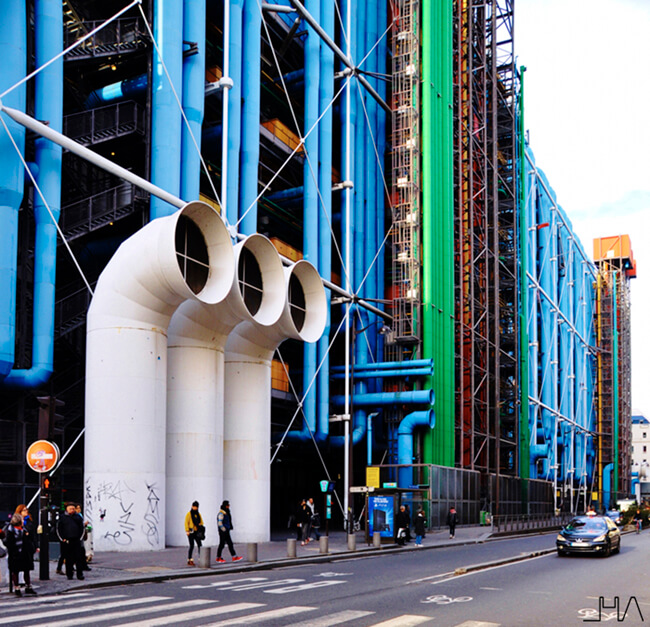 In 1970 took place the architecture competition for the Beaubourg site, which was the beginning of one of the most important museums of contemporary art in the whole world.

The competition had an international jury headed by Jean Prouvé, one of the French architects who mixed Technology and Architecture in the 50s, and who was invited by Le Corbusier in 1929 to join the Union des Artistes Modernes -UAM-. Thanks to him the winners were Renzo Piano and Richard Rogers, who were 33 and 37 years-old respectively at that moment, who submitted an innovative project based on technology. It should be pointed out that among the 681 participants in the competition, the winners were the only ones who used half of the site to offer a public square for the quarter. Nowadays, this space is as important as the building itself. 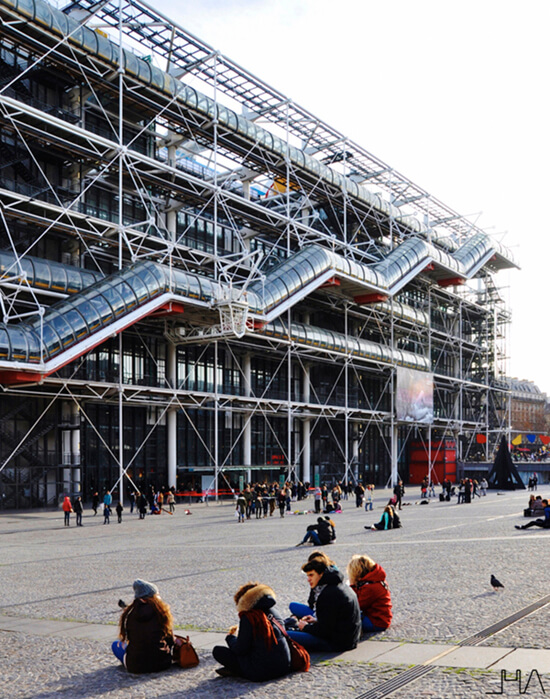 The construction started in 1972, and it wasn’t until 1977 that the Beaubourg, another name for the building, opened its doors to the public. Its prime mover was the President of France Georges Pompidou, who died in the course of the construction, causing its delay. In any case, the opening of the center was a huge success.

Even so, the building provoked an enormous controversy among Parisians, who considered it as a threat. It is amusing to remember the different names that people have used for the Centre Pompidou, as Our Lady of Plumbing –Notre Dame de la Tuyauterie-, Oil Refinery or Gas Factory. 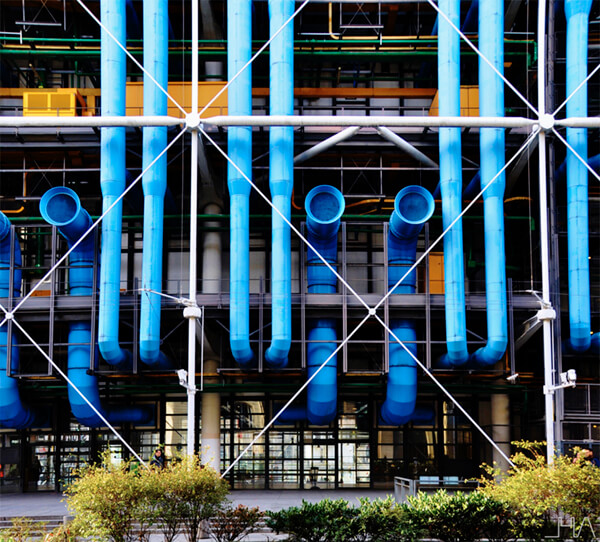 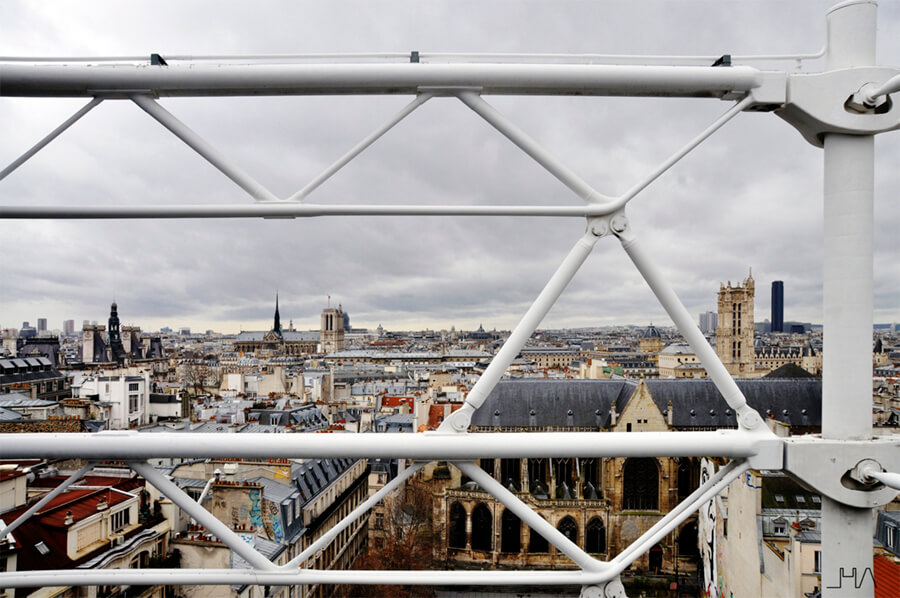 As I said before, one of the most spectacular parts of the Centre Pompidou is the public square, which has the East façade of the building as a backdrop. The square, with a slight slope, goes down 3’5 meters above street level, and penetrates inside the building through an inferior level to become the entrance hall. 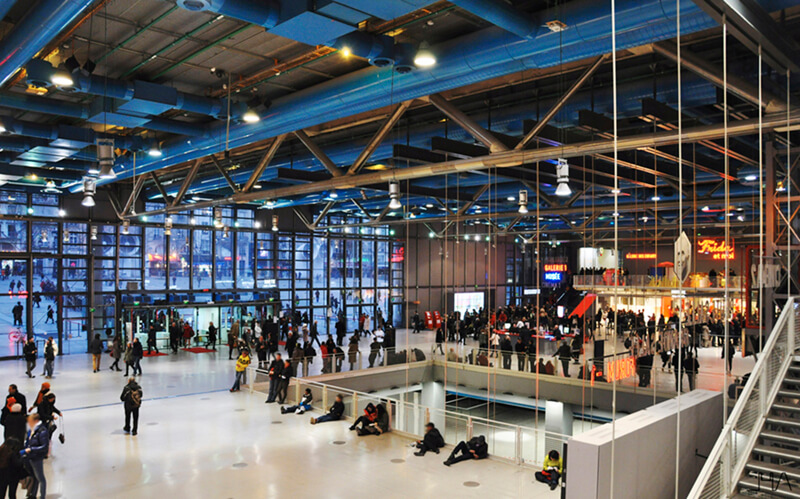 Initially, the project took into consideration an uninterrupted continuity between the square and the hall, but due to climatic and security reasons it was finally necessary to set up a glazed enclosure.

With the first design, the architects wanted to give an answer to the debate that was going on in the 70s among artists, who would defend that art should remain on the street for everybody to enjoy it, instead of being enclosed in a building. In any case, the square did not lose its nature and it accommodates different activities and artworks related with the Center, as the big sculpture by Alexander Calder, which was permanently installed in 2011. 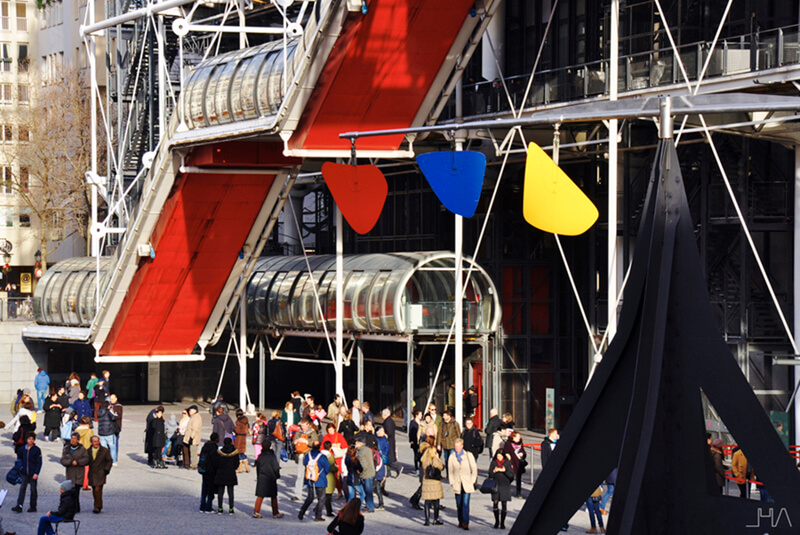 Other elements that attracts people’s  attention in the square are the huge white tubes with the form of a periscope, which are necessary for the ventilation of the underground parking situated below the whole site. These are in front of the main façade of the Centre Pompidou and are forming a line. They are delimiting the street and the square, following the same language as the building.

To have a better understanding of the building, we have to go back to the 60s, when the English group Archigram started its way. They were inspired by technology to project neofuturistic images, wanting to break up with traditional architecture. Their projects were hypothetical, so they used all kinds of eccentricity, including ironic forms of science fiction. However, as it is often said that an image is worth more than a thousand words, I think that you will understand it better thanks to the following illustration, which shows utopian projects that revolutionized the world of Architecture.

We could use more time to deal with Archigram, but for now we are going to stick to the influence that it had over the Centre Pompidou. Actually, Pompidou was the product of the materialization of the technological and infrastructural ideals of Archigram, being on those days a brilliant display of advanced technique. As a result of this, the Centre Pompidou can be included among the precursors of the architectural movement High-Tech, which was born in the 70s. 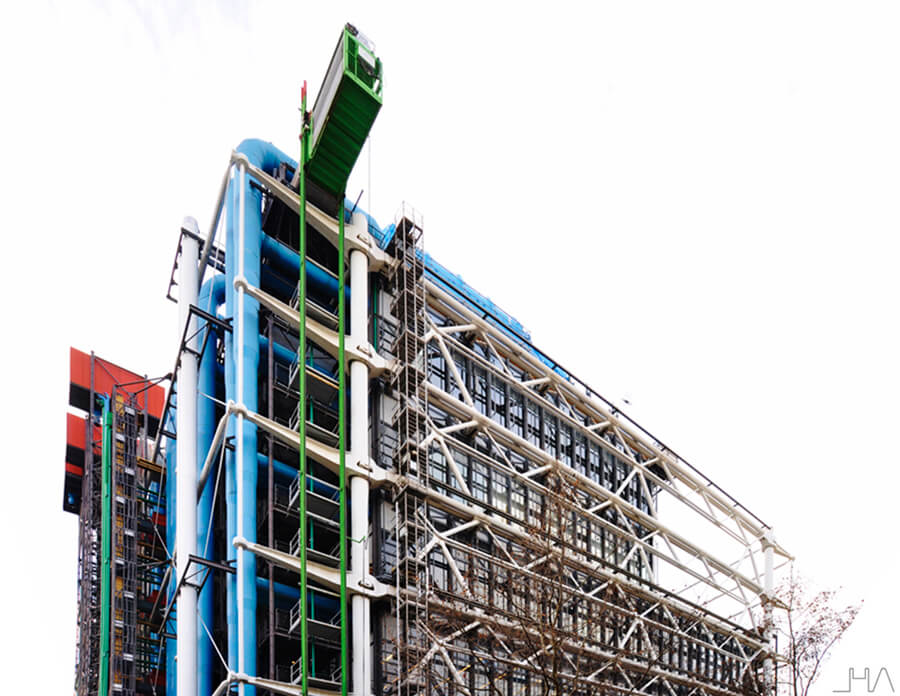 In this context, the architects wanted to create a volume which was utterly flexible, so that they finally projected a big metallic enclosure to free up the interior of the building completely. At first, it was considered as an ideal feature, as there would be interior spaces of 7.500 m2, which could be totally versatile and easy to modify. However, it forced the architects to build another ‘building’ inside the main volume to get surfaces to exhibit the artworks. 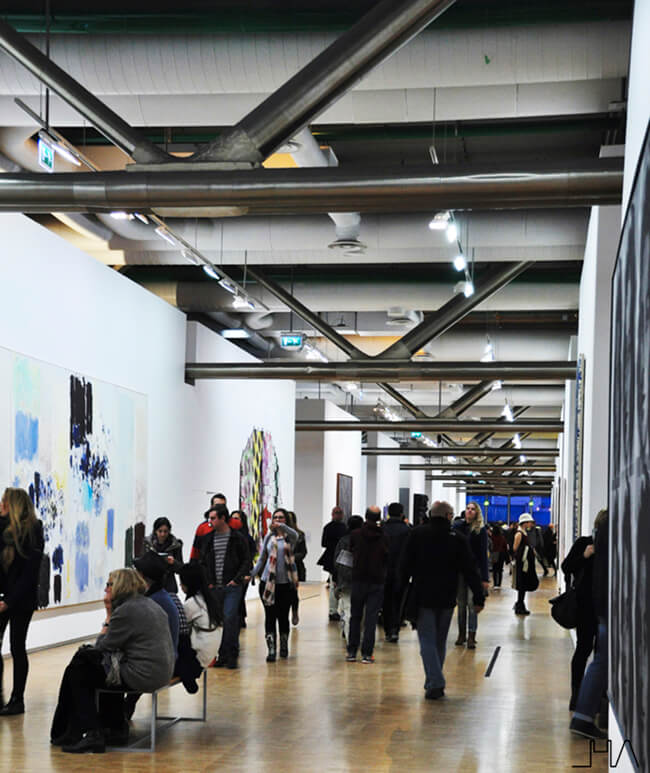 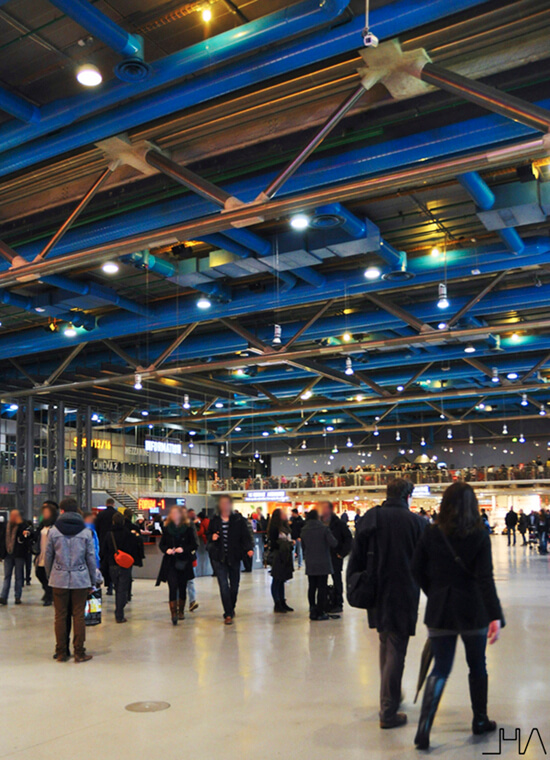 To achieve these big spaces, the building has a spectacular metal structure: 14 arcades to bridge a distance of 48m, distanced 12,80m one from another. The main beams -which are warren- have a length of 45m and are supported by a special steel castings named gerberettes. These ones are in charge of transmitting the loads to the light columns, which are stabilized by cross-bracings -X shaped-.

But, how is it protected from fire? Well, there is a system of water that goes inside the metal superstructure, which is in charge of keeping it cool. 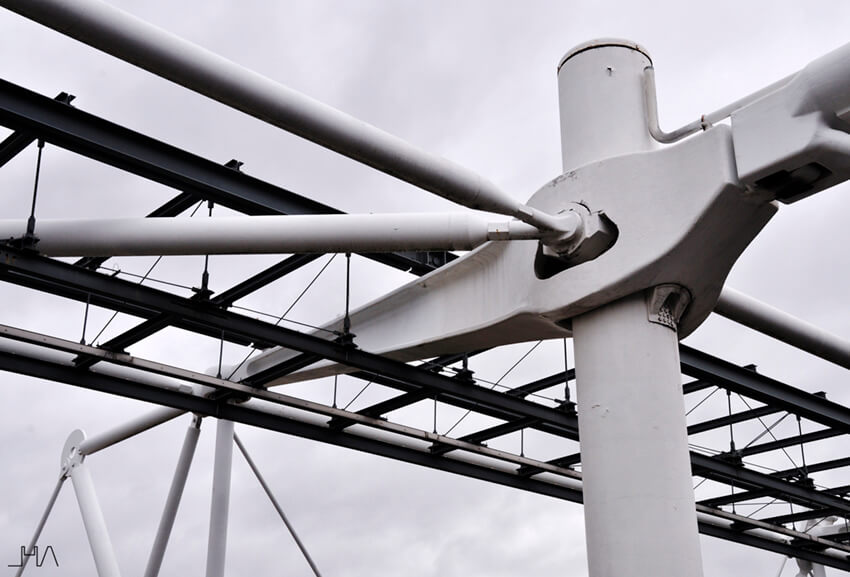 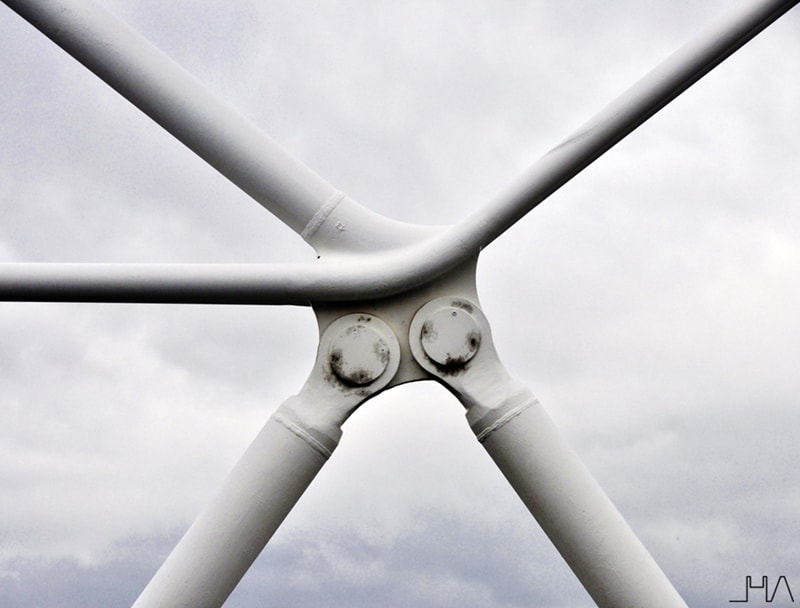 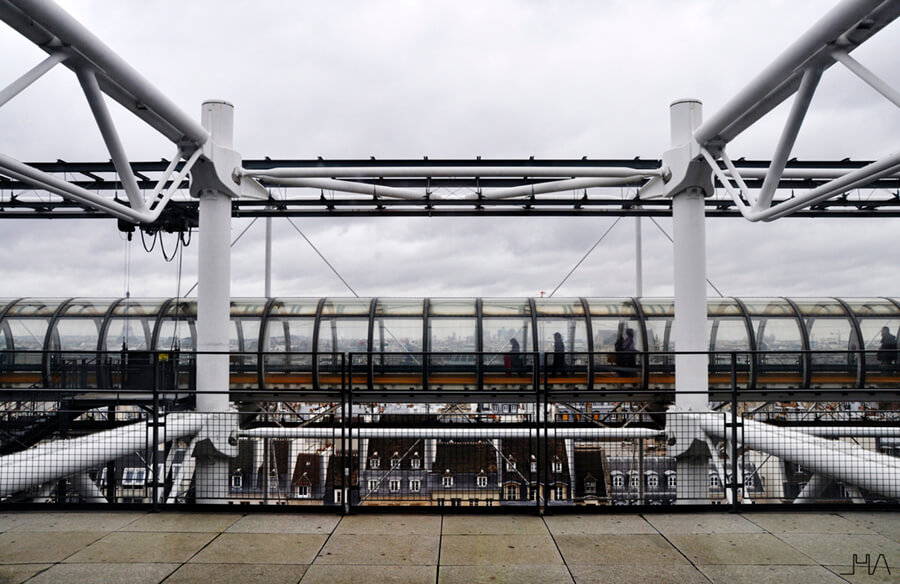 The structural elements are perfectly recognizable in the façades, where they coexist with the building facilities. These last ones are part of the enclosure and they have the form of tubes, which can be seen above all in the Eastern façade. Thanks to this system, the interior of the building is completely freed. They have a fun colors code, thanks to which the visitor can find out the function of every tube: blue for the air conditioning and the heating, yellow for the electric circuits, green for the water, white for the air system, and red for people communications. 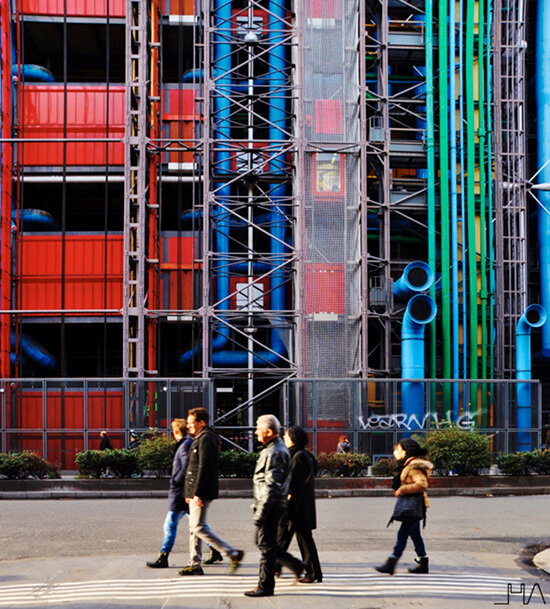 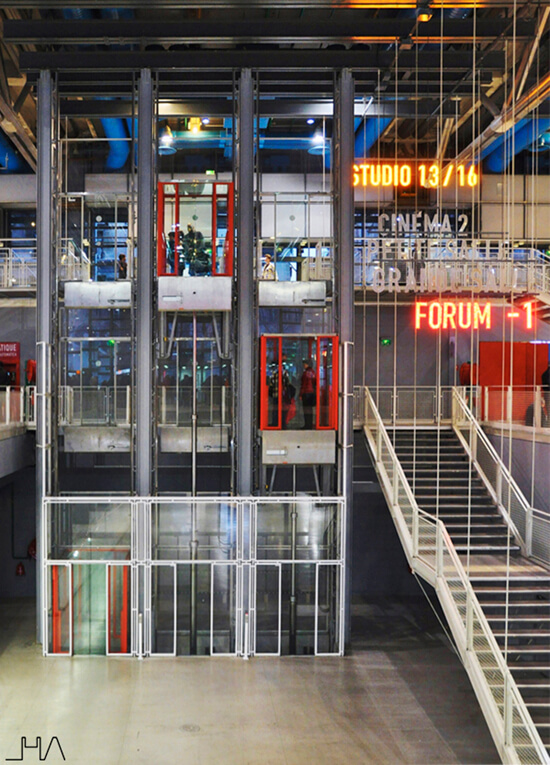 It is in the main façade where we can see the most impressive tube, whose lower red part is in charge of carrying visitors to the upper floor to enjoy an idyllic view over Paris. This is possible because its height of 42m is taller than the maximum allowed in the rest of the quarter. 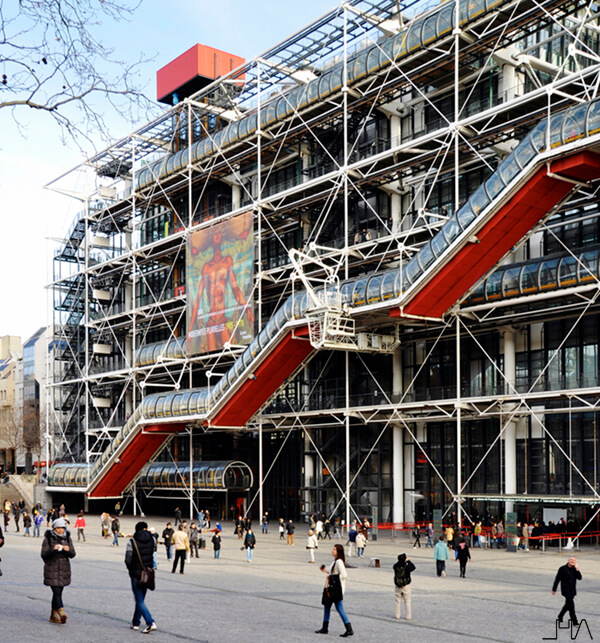 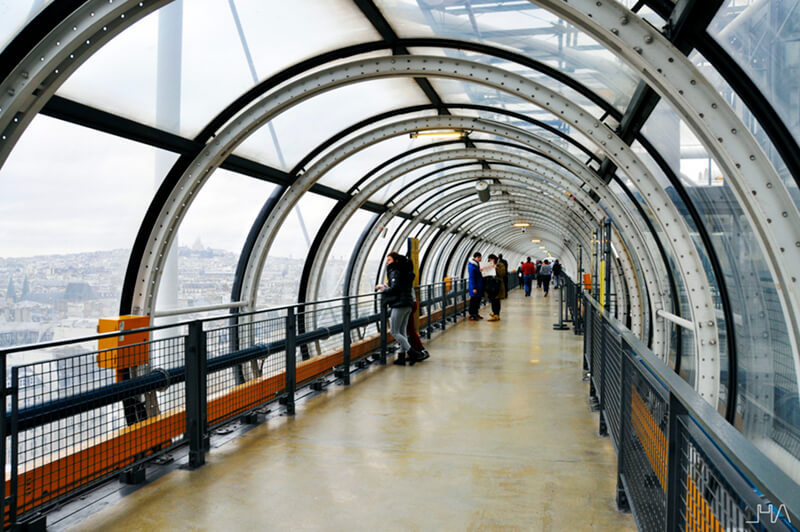 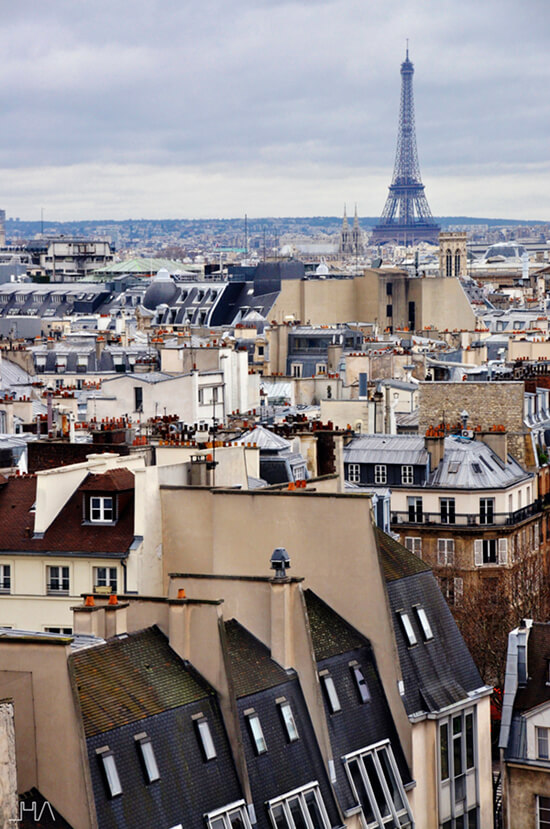 I would like to remind you that not only is the Centre Pompidou a museum of contemporary art, but it also has an important Public Information Library –BPI-, an Industrial Center of Creation –CCI- and the Institute of Research in Musical Creation –IRCAM-. All of these remained closed for more than two years, as in 1997 the Centre Pompidou closed its doors to undergo a whole renovation. Besides the architectural rehabilitation, some parts of the building were changed, as the entrance to the public library or the free entrance to the viewport, which nowadays can also be used by the visitors of the museum or people who go to the library. 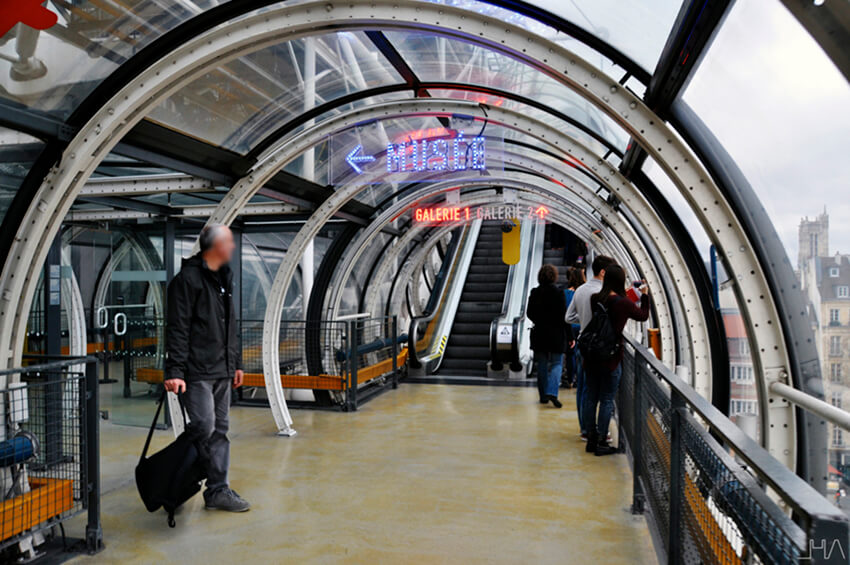 To conclude, it must be pointed out that the Centre Pompidou totally achieved the aim of his founder, which was mainly the revitalization of the deteriorated area of the Beaubourg quarter. But it was not the only success, as it is an icon in the world of Architecture, apart from being one of the most important museums in the whole world. Nowadays it is a compulsory visit in Paris, and also a perfect place to rest while one is meandering in the picturesque quarters of Le Marais and Les Halles. 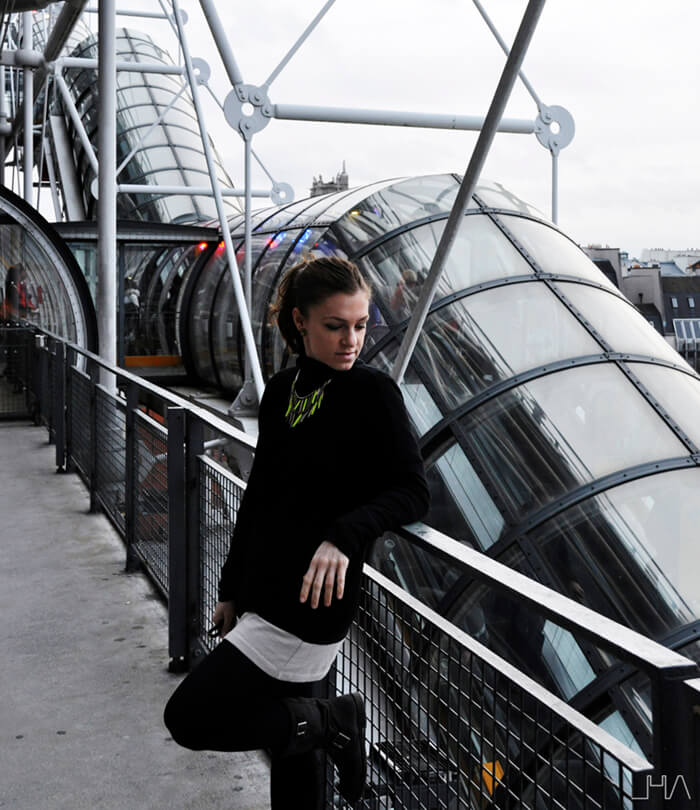